Old Time Birth Practices that are Back En Vogue 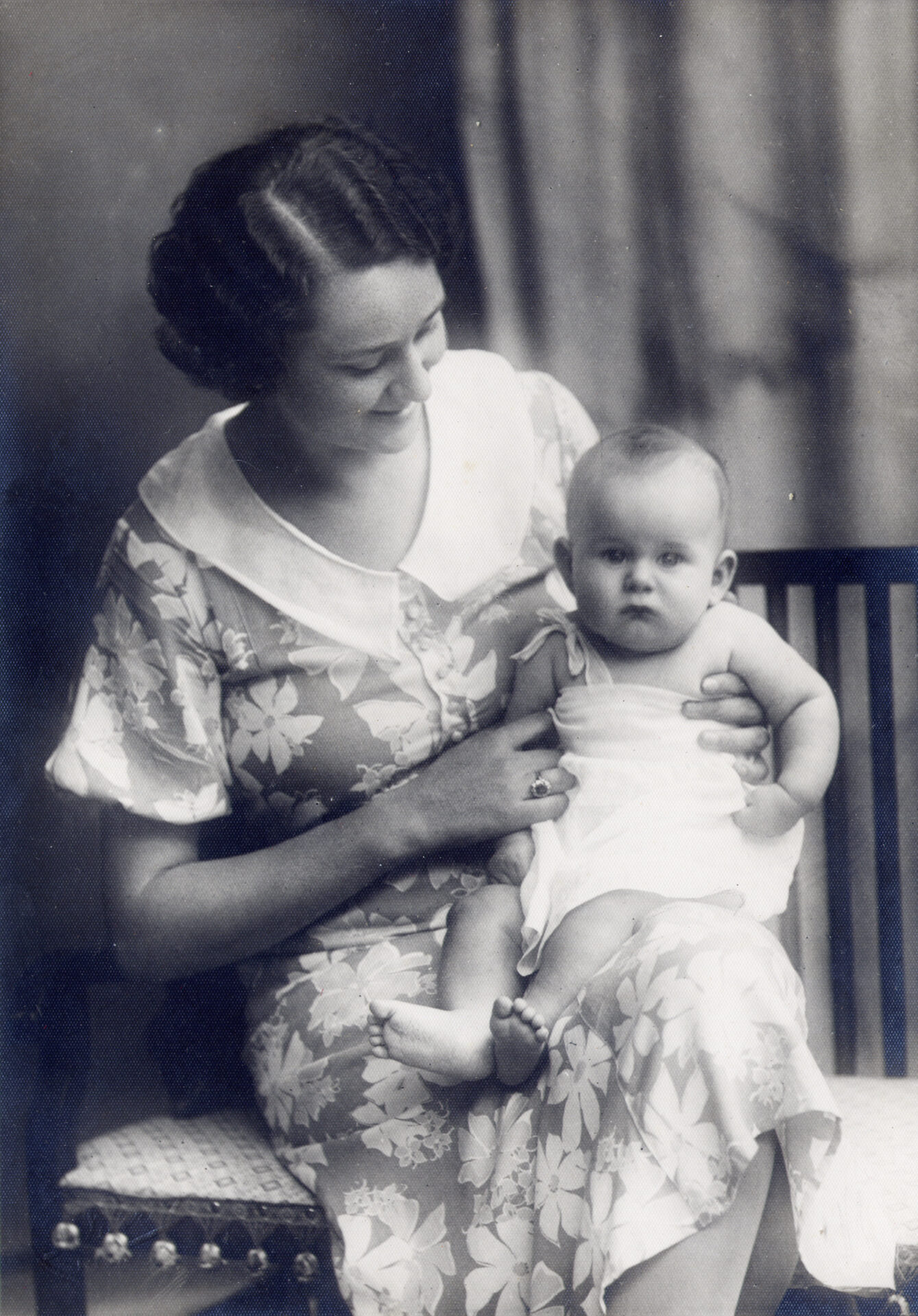 Many of our increasingly popular birth practices are not new, but rather revivals of what are some of the oldest and most organic ways of approaching birth. Many modern natural birth trends are looking more like the ways our ancestors gave birth.

As you probably already know, women have always given birth in their own dwellings. For many thousands of years, since there have been humans, babies were born wherever it was most comfortable and safe.

In the 20th century, ‘most comfortable and safe’ became the hospital. When it became available, people wanted the pain-numbing drugs and life-saving medical technology that doctors offered. They still do. Home fell out of favor as a birth location.

In the 1970s, a grassroots movement started to bring homebirth back as an option. Families noticed that the proliferation of medical technology and pharmaceuticals was not necessarily making birth safer or more comfortable, especially for low-risk births.

The resurgence of qualified Midwives since that time has helped the popularity of homebirth grow. In the last 10 years especially, the proliferation of information and encouragement available on the internet has spurred it along. The pandemic of 2020 alone caused an almost 20% increase in home births.

More and more black and indigenous families are interested in homebirth, in part because of recent research demonstrating that the higher levels of birthing problems these families face is due largely to institutionalized racial prejudice. Again, social media and the internet are helping more women become aware of their options.

Homebirth is still rare. Only around 1% of babies are born at home in the United States, but it is gaining in popularity. While the prevalence of homebirth will never again be 100%, we may very well see a continued rise.

Here are the Top 7 Reasons Families Choose Homebirth instead of going to the hospital or a birth center to have their babies.

As birth became more and more socialized and medicalized, cutting the cord became part of what you expected the doctor or Midwife to do. Cutting it quickly was efficient, so it was quickly cut after the baby came out. This is still standard in most places.

Cutting the cord immediately after birth is unnatural. It’s not what anyone would naturally do. If you are delivering without medical help, when the baby is out you take a breather and hold your baby. You’re interested in the baby, not the cord. Just because it’s not what we’d do naturally doesn’t mean it’s the wrong thing, but research has many people rethinking modern birth practices, and this is definitely one of them.

When we wait to cut the cord, the baby gets more of his blood back. One of the ways Nature provides for babies to squeeze out is that about 1/3 of their blood backs up into the placenta while they’re being born. When the baby is delivered, the blood is pushed back down the cord to the baby.

Waiting to cut the cord is considered a gentler way to be born and can help babies transition, especially those who are slow to perk up.

If delaying is good, maybe not cutting it at all is better! Some parents are choosing what is now popularly known as lotus birth. Instead of cutting the cord, you leave it attached and carry the placenta around in a bowl with the baby until it falls off on its own.

This is a ‘new’ natural birth practice that more people are considering, but it may be one of the oldest ways of ‘cutting’ the cord! We have precious little information about primitive birth practices, but it’s likely that the placenta was seen as protective or magical by some cultures and was left alone until it either fell away or became a danger by attracting predators or developing a foul smell.

Modern women have catalogued ways to keep the placenta safe and clean for those who choose this new-again method of handling the cord.

Old timey Midwives knew that putting the baby directly to the mother, skin touching skin, was protective for the baby. Before the invention of warmers, electricity, and lights, it was the best way to keep a baby warm.

Without drugs and other technology to rely on, people quickly learned that when mother and baby cuddled, bleeding was slower, baby was more alert and calmer, and more likely to transition easily.

Medical science was trying to control as much as possible and so, for a long while, they removed the baby from the mother at birth. This was considered more sanitary and less primitive.

Medical science is now acknowledging that babies do better when they stay with their mothers. Skin-to-skin or kangaroo care has been increasing in use and popularity for a couple decades.

In the olden days, and still now in many parts of the world, clean and warm water was not always readily available. Bathing the baby was a special occasion and a luxury.

The World Health Organization recognizes that babies do best when their first bath is delayed until they’re at least 24 hours old. Babies are not good a regulating their body temperature and a later bath is protective for those who might have trouble. In addition, there’s discussion about the microbiota that baby receives and how they need time to colonize baby’s skin. Removing the comforting familiar scent of mother-baby and replacing it with soap smell may interfere with bonding or baby’s comfort.

Bathing the baby for the first time after leaving the hospital is increasingly popular. Most hospitals no longer whisk the baby away for a bath but rather wait and then ask. People choosing natural and home births often wait at least a day.

When male doctors started attending births, it became the fashion to lay down and ‘be delivered.’ Laying back to push was and continues to be 100% for the comfort of the doctor.

A woman in labor on her own will rarely lay on her back to push a baby out. When people choose drug free births, avoiding an epidural allows them to move around and experience active, upright birth.

It’s modern, but it’s also very, very old. There are ancient drawings of women in labor in all manner of positions. Before there was writing or even pictures, people chose how to move their bodies based on how their bodies felt, not on what other people did before them or were telling them to do now.

Active, upright birth (both in labor and for pushing the baby out) is an old practice that is being made new again.

Many have heard how good breastmilk is. But most do not know the depth of how amazing and integral breastmilk and breastfeeding are to the baby’s health and nutrition over their entire lifetime.

It is the least ‘civilized’ position, though, so it’s been out of favor for a long time. Culturally, we seem to be getting over ourselves and realizing that all our incredible advances have maybe not all been for the best—for us or the earth we live on. One of these things is our unwillingness to see ourselves as part of nature, as animals.

Laying back (but not fully laying down) and placing the baby tummy to tummy parallel to your body is a great position for babies who are very small, very new, or having trouble learning to breastfeed. It allows the nursing parent to totally relax and gives baby the comfort of gravity holding him to his mother. It’s awkward and feels like it shouldn’t work, having the baby faceplant on your breast, but it does work.

Because it works so well, and because we are losing our obsession with ‘civilization,’ laid-back breastfeeding has seen a resurgence in popularity.

Medical Science has been taking the mystery out of the ways our bodies work for a few hundred years. Thank goodness! Many amazing discoveries and advances have saved millions pain and trouble.

Even with our rich physiological knowledge, much about the body remains a mystery. Taking into account the way the mind influences the body especially in birth, there still so much we don’t totally understand. Nowhere is this as immediately evident as in labor and birth.

In the second half of the 20th century, birth became so medicalized in the U.S. that all the power and mystery was relinquished to the medical institutions. Birth became a mere medical event with a happy ending.

For a time, any approach to birth that included spirituality, mind-body connection, rite of passage, reverence for nature, or personal power was highly discouraged and socially taboo. That’s changing now as families begin to understand that medical decisions are not as black and white as we once thought, and the proliferation of information has allowed everyday people to feel comfortable in their own power again.

At one time, long before medical science was even thought of, birth was the great mystery. A woman’s body regenerated, giving birth to another person. Through an incredible physical process unlike anything else they experienced, a baby was born. No one knew when it would happen—or sometimes even why it happened. When it did happen, the woman showed a great and wonderful ability. Surely this was something to hold with reverence and awe.

Families are beginning to let those feelings of mystery, respect, and awe back into the birth space. Part of this is reclaiming personal power and part of it is the movement to Trust Birth and limit unnecessary birth interventions.

If you would like to learn how you can trust the birth process, check out our Beyond the Birth Plan Childbirth Course. 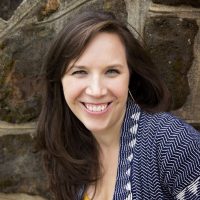